Wouldn't it be fun if you could make working circuits on paper by just drawing them on  that paper? That's what Researchers at the University of Illinois at Urbana-Champaign have made possible. A  new type of liquid metal ink that stays liquid in a pen, but dries after being applied to paper, wood or any other writable surface.

The pen looks like a Ball point pen and in fact writes like a silver colored ball pen, except that it has a real silver solution in it. The silver solution dries to leave electrically conductive silver pathways. These pathways maintain their conductivity through multiple bends and folds of the paper. This enables users to personally fabricate low cost, flexible and disposable electronic devices. 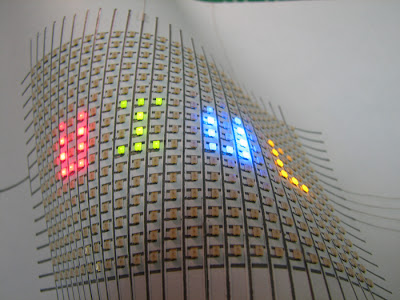 A Facebook App Protects Accounts from Spam and Malware

Facebook has become one big fertile ground for information thieves, hackers and viral spam posts. Despite this, Facebook has done very little to protect its users from all of that bad stuff. So what, someone had to create a Facebook app to protect us from all that spam.

Two University of California, Riverside graduate students who work for a Web protection service company called StopTheHacker.com run by an alumnus Anirban Banerjee, who received his Ph.D. in 2008 from UC Riverside and Michalis Faloutsos, a professor of computer science and engineering at the university have partnered and develop a free Facebook application that detects spam and malware posted on users walls and news feeds. 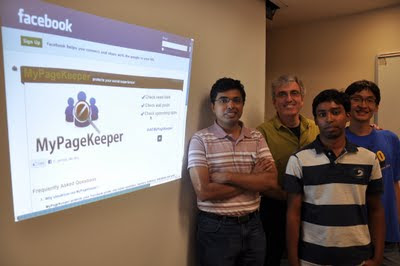 By now we can very well say that nano scale machines and devices is what the future holds for us. The major advantage of ultra small devices is that they require very little energy to work because of their small scale. Energy is everywhere in various forms, although it is either difficult to harness or very little to be useful for any purpose.

Since 2005 scientists have been working on developing self-powered nanotechnology, aiming at building a self-powered system that operates independently, sustainably, and wirelessly by itself without using a battery.
Recent development from team of scientists on the project working with DARPA and Department of Energy were published on a journal called 'ACS Nano Letters'. They state the development of what they say is the world's "first self-powered nano-device that can transmit data wirelessly over long distances." The tiny device is able to operate without any batteries, using a piezoelectric nanogenerator to create electricity from naturally occurring mechanical vibrations. The technology has thus made it possible to scavenge energy from the sources in the environment such as gentle airflow, vibration, sonic wave, solar, chemical, and/or thermal energy. This will make it possible to develop self sustaining devices that will work by harnessing tiny amounts of energy around them. We can have endless possibilities and a wide variety of applications.

How the nano wireless device works? 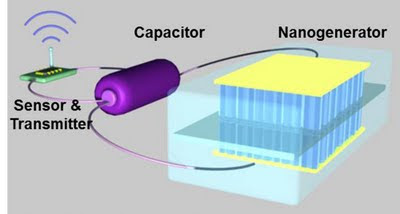 Read more »
Posted by Akib Pirzade at 7:50 PM No comments: 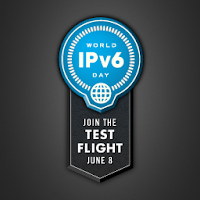 Back in January this year the total number of available IPv4 address ran out so no more new IPv4 addresses can be issued. You actually have one reserved for you right now as you surf through the internet. With ever increasing number of devices on the internet, the only long-term solution to this problem is adoption of IPv6, which provides over 4 billion times more address allocation space. IPv6 is used extensively in many large networks already. To make it simpler an IPv4 address looks something like 192.67.1.1.
While on the other hand an IPv6 address looks like 2001:0db8:85a3:0000:0000:8a2e:0370:7334. This gives a great number of addresses that can be assigned.
Read more »
Posted by Akib Pirzade at 12:52 AM No comments:

Microsoft gives a sneak peek into the dubbed 'Windows 8' OS

The Next generation Windows Operating System from Microsoft code named Windows 8 was unveiled at the D9 Conference a day ago where Microsoft gave a glimpse into what the new OS has to offer for the first time. Microsoft says, "Windows 8 is a re-imagining of Windows, from the chip to the interface."
Unlike traditional Windows based PC a Windows 8 based PC will be a new kind of device, one that scales from touch-only small screens through to large screens, with or without a keyboard and mouse. 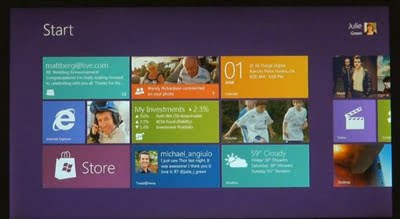 Read more »
Posted by Akib Pirzade at 9:01 PM No comments: