The quest to transmit power without wires has been something people have been working on since centuries and obviously it not science fiction anymore, people have come up with different ways to transmit power wirelessly. We wrote about Wirticity back in 2010 which gained a lot of media attention back then.
Back in 2009 a Seattle-based company by the name 'LaserMotive' specializing in laser power beaming proved to be the only successful entrant and winner of the NASA-sponsored Power Beaming Challenge.

The idea of laser power is pretty simple. Just like a photovoltaic cell (solar cell) produces electricity from sun light, Laser power beaming acts in the same way. A powerful laser beam is used to carry energy over distances; this energy in the form of light and heat can be converted into electricity by using photovoltaic cells. This enables to transfer power wirelessly over distances and can be consider a more practical efficient and cost effective way compared to other wireless power transmission methods available. To get into the details you can check out this Laser power beaming fact sheet.

So now that we know about laser power beaming, the idea can be used for a wide variety of applications, only your imagination is the limit. Although there are a lot of safety and efficiency factors involved with makes it difficult to use over existing electric power grid, we wont get into that in this post. You can always leave a question or opinion in the comments.
Now in the modern warfare era of Drones, UAVs and UAS (unmanned ariel systems), endurance is one of the major challenges faced by UAV designers and developers. Battery based UAVs are silent but poor at endurance. Conventional fuel based UAVs have better endurance but they are very noisy and are difficult to use where you require to fly at low altitudes and small areas. So the application of laser power beaming seems to be the best solution.

In the past we have covered some really interesting and cost effective mini computers and plug computer devices. Here is a list if you are interested.
An Australia/China based company by the name "Miniand Tech" is selling two interesting mini computer devices. One is the MK802 Mini PC and the other is the MiniX TV Box H24 which can be rather compared to a TV box like Google TV. 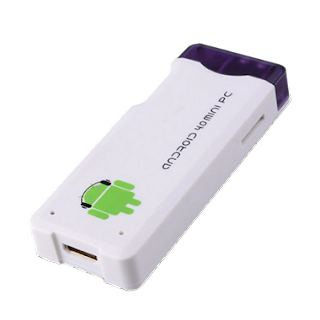 The MK802 Mini PC is a kind of plug computer with very small dimensions i.e. 88.5 x 35 x 13.4 mm weighs in at 300 grams. The device has 2 USB ports one Full size standard USB and the other seems to be a micro USB. The best part is the standard USB could be used to connect plug and play devices like a wireless mouse and keyboard. It runs on the latest Android 4.0 OS ans supports most application and features supported by a top notch Android 4.0 smartphone. Its powered by an External adapter 5V/2A output, 110-240V input.

What that means you could even run it from an external battery if you get the right voltage and amps. Although i wont recommend you to do that if you don't know anything about electronics.

LEGO has always been a craze among kids and also adults from a long time and has gained popularity around the world. LEGO is also pretty much a part of Google offices across the world. As a part LEGO Festival of Play online which marks the 50th anniversary of the LEGO in Australia, Google Australia and New Zealand announced; "Build with Chrome" or 'Build' for short. Build is the result of the latest Chrome Experiment. Build lets you explore and build a new world of LEGO creations together online. 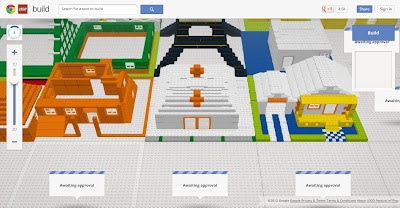 Although Build looks like a simple Web App, this might not have been possible a couple years ago. Its proves the fact as to how far browser technology has come, which is making the internet an ever more creative platform. Build has been developed on the WebGL platform which brings the power of 3D graphics right in the browser.
Read more »
Posted by Akib Pirzade at 9:34 PM No comments: