With cut throat competition and increasing power and software costs, it has become really important for businesses these days to reduce office setup and other operational overheads to get the best out of the business. The IT industries solution to the problem was Cloud Computing, making office computing more reliable, efficient and fast. Now we have a huge software environment for cloud computing but it can be fully effective only when we pair it with the right kind of hardware for office needs. 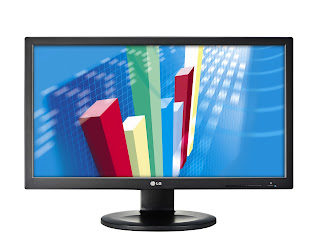 A week ago LG released its new P series of monitors which have been built for the Cloud office environment, something comparable to a Sunray thin client. The P series of monitors are the predecessors of the already existing D&E series of cloud monitors which LG seems to have discontinued.
LG likes to call these new P series of monitors as 'zero client' monitors. the reason being all you have to do is plug in a Keyboard, Mouse and an Ethernet Cable to the monitor and the system is ready to go. It even features this new technology from Cisco called Universal Power over Ethernet (UPoE) technology, enabling it to draw its power right from the Ethernet cable, no power socket needed.

Doggie Poo = Free WiFi internet for everyone around.

With Pet dogs in public parks, Dog poo is something that always comes in the way. It's always difficult to make pet owner clean up the mess. So the best idea to make people work is a reward strategy.

A Mexican Internet service provider 'Terra' in partnership with an Ad agency called 'DDB Mexico' has come up with an innovating marketing strategy that's not only unique but also a benefit to everyone around.

The idea is pretty simple, Terra has installed these very interesting looking units called 'Poo WiFi' in 10 different parks around Mexico City. When someone puts a bag of dog poo in the unit, it weighs the poo and activates a free public WiFi Hotspot for some amount of time; its like 70 grams = 20mins. The more the poo the more free minutes of WiFi for everyone in the range.

It's a really great idea to spread  awareness among pet owners. Plus its a great way to promote a service. Obviously the units can't make a difference between dog poo and ordinary garbage so the units are manned with hostesses all day, passing out bags for doggie droppings.

Check out this really creative and funny sounding video


Source
Posted by Akib Pirzade at 11:39 PM No comments: