The tablet market is getting hotter and all big/small mobile and computer manufacturers are trying to wash their hands into the money the tablet era is going to create.
Earlier today RIM (Research In Motion) the company know for its popular BlackBerry Smart phone unveiled  its first ever Tablet called the "BlackBerry PlayBook" which is dubbed to be a Professional tablet PC. Mike Lazaridis, President and Co CEO unveiled  it at the annual BlackBerry DEVCON.

The device is a master piece I would say it is beautifully designed and is an incredibly powerful device. It features a Cortex A9 based Dual Core 1GHz processor, 1GB of RAM and the amazing new  BlackBerry Tablet OS which has support for symmetric multiprocessing which makes it great at multitasker, this has a set a new benchmark for the tablet market. In terms of design it is a very slim ultra portable device wich makes it suitable for both work and play. It Measures 5.1”x7.6”x0.4” (130mm x 193mm x 10mm) and weighs in a little less than a pound (400g or approximately 0.9 lb). The tablet features two 3 MP front facing, 5 MP rear facing cameras and supports 1080p HD video recording and video conferencing.

Verbatim a popular and old digital storage company launched its new series of  SDXC memory cards.
SDXC is  the new standard in the storage industry which came up earlier this year. SDXC stands for Secure Digital Extended Capacity. What SDXC means for you is bigger memory card sizes and faster data transfer rates which is becoming increasingly important with our versatile usage of digital media.

The older SDHC format could only supports a maximum memory size of 32GB and had slower data transfer rates. The new SDXC however can be expanded to a whopping maximum capacity of 2TB in size and almost have transfer rates of  upto 832 Mbit/s

High definition is now really catching up, just like CDs and DVDs replaced Audio cassettes and VHS, so is HD replacing standard definition.
Microsoft recently announced a new High definition webcam setting a new standard in the webcam hardware industry the webcam is called Microsoft - LifeCam Studio Webcam. It is a first from Microsoft to offer 1080p HD recording capability. It has a 1080p sensor which is almost more than 2 times larger than most of the 720p webcam out there. The webcam lets more light in so it can virtually work in any light conditions. Its doesnt matter if your sitting in a dark room where the screen is the only source lighting your face or besides a bright light source like a window. 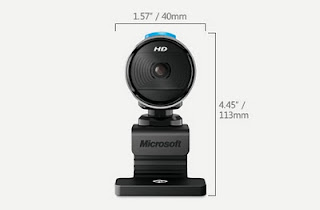 In addition it has a really compact and great industrial design which lets you mount it on a tripod stand another first for Microsoft, this lets you use it for more purposes than just a webcam.
Additional features include a 360 degree view range so you can point the lens to where you exactly want.
plus it has a special elongated hood modeled after a high end camera which protect the lens from stray light thus avoiding washed out and glare colors.  It also has a built in High Fidelity Microphone so you don't need to use a separate microphone for sound.

Google Instant the new way to get results faster

We spent a lot of time searching for stuff on the internet and the Google keyword prediction helps a lot to get to what we want. How about getting results for the predicted keyword  in real time as you type. That's what Google has come up with.
Earlier today Google announced a new product called Google Instant, on it official blog which will offer real time search results as and when you type in the search box with every letter you punch in.

Currently this service is only available on Google domains in the US, UK, France, Germany, Italy, Spain and Russia and only for people who are logged into their Google account. Google will roll out the service on other international Google domains soon. You have to be patient if you are in India.

After the launch of the iPad tablet device from Apple earlier this year there has been a large number of tablet devices that have flooded the market in the past few months, you name it and its there. Tablets are easy to use portable and have a better battery life, have larger displays which make it suitable for watching movies/videos as an Ebook reader and a full web browsing device.
On 2nd September Samsung Electronics Co. released its first ever tablet device called the Samsung GALAXY Tab (Model: GT-P1000). This is the beginning of the new generation of mobile tablet devices from Samsung. Moreover it is the industries first DivX certified tablet device and will fully support DivX HD video playback. 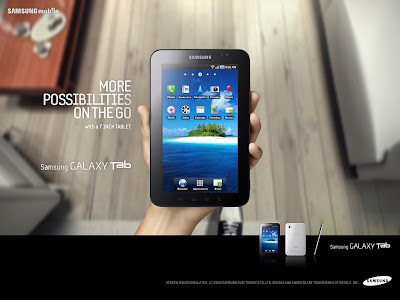 What it holds?
The GALAXY Tab is one amazing device when it comes to specs, Its like the Samsung Galaxy S gone large. It runs on the Latest Android 2.2(Froyo) OS which gives you access to the big app library on the Android Market Place. It features the 1Ghz Cortex A8 processor which will handles all intrusive tasks with ease. It has a dimension of  190.09 x 120.45 x11.98 mm and just weighs at 380gms which makes it ultra portable. It features a bright and large 7-inch (1024x600) so you can enjoy high res HD movies. It even supports multi-touch zoom. It has 16/32GB of onboard storage plus you can add another 32GB via a MicroSD card. It also features 2 Cameras a 3MP With Auto focus and flash in the back and 1.3MP in the front. So you can have video calling and video conferencing.