Uploading a file as an email is a boring  job. But you have no options in some cases. Moreover, Sometimes you are in need to send very large files. So what do you do. Many people uses P2P software, that's ok if its at a personal level, You cant tell your business client to install software on their machine and do all that, plus you need to keep your P.C. powered on until the receiver has downloaded it or have to contact him about it. The other option is to use paid solutions.
But why pay when you get quality  service for free. I have a found a web upload service filemail.com it lets you upload/send large files upto 2GB no registration or stupid stuff required. All you have to do is visit filemail.com and click on the free option, it will take you to a link where you can start uploading your file instantly and email it straight from there.


We have been seeing an increase in devices using USB lately, but now what Steve Randall and his friend Ted Schwarzkopf recently reveled may just turn out to be a boon for Locksmiths or thieves!?


The Electronic key Impressioner or EKI.
It is a prototype device which electronically maps the inside details of a lock using a scanning tool, it then sends information about the locks pattern to a computer via USB. A computer program interprets the pattern and comes up with a key code, depending on the details of the car you have entered before hand. Once you have the code a key cutting machine can use it to punch the key accordingly without having to wait for hours or days.

Read more »
Posted by Akib Pirzade at 1:28 AM No comments:

Mosquitoes are a problem which people  all across the world have to deal with.
A staggering 250 million people around the world are affected by Malaria every year and 1 million people die due to it. Despite so many attempts to eradicate malaria all attempts have failed. Mosquitoes have troubled humans since human existence and have developed resistance from a lot of repellents we have used over years. The best way to stay away from mosquitoes have been the low tech simple nets. But in this high tech world that's not the way to solve such a problem. So now Intellectual Ventures Lab has come up with a great solution to the problem,


The Photonic fence.
The Photonic fence is a laser system that detects mosquitoes and shoots them down from a distance. Its designed/made out of inexpensive components present in laser printers, camcorders, Blu-ray disc writers and video game consoles which makes it even more cool.

Porsche GT3 R Hybrid to be unveiled at Geneva

Did you know that the first hybrid in the world was developed by Porsche almost 110 years ago.Well I never knew that before. Now following Ferrari hybrids unveil News, Porsche too is going to unveil its new hybrid at the Geneva Motor show in march.
Unlike a normal hybrid which uses heavy batteries the Porsche Hybrid uses a flywheel technology which was developed  by Williams F1 called Kinetic Energy Recovery System (KERS). In this Technology the fly wheel rotates at high RPM thus storing energy. This technology is quite innovative a may find a lot of application in the future hybrid cars. 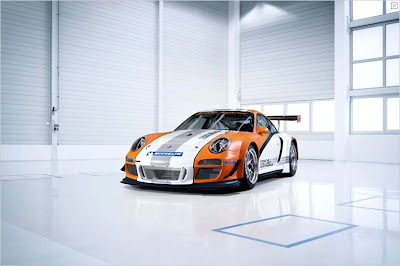 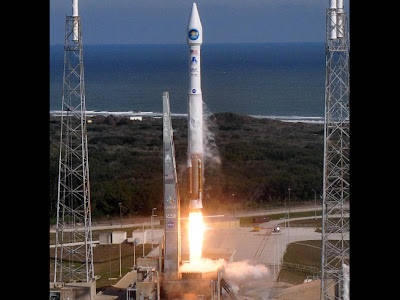 After making Search faster Google to speed up broadband speeds


Google is a company well know for its high speed search engine and innovative products. But this time Google has crossed its software lines and now wants to experiment with ultra high speed fiber optic broadband connection. The speed which Google wants to provide is an astonishing 1 gigabyte /sec or 1Gbps, which is around a hundred times faster then the average American house hold connection. Google has not yet decided where it will set up the infrastructure for it and is calling cities and communities across the US (No info. about international plans yet) to apply for it. Its plans to offer it on a competitive price and initially provide service to 50,000 and then upto 500,000 people.

By doing this Google wants to test online applications which require high speed connections and develop new technology for it. Google will later operate open access network and share the network with other service providers.

Google Buzz is a new online application from Google which is integrated into your Gmail account. It lets you share updates, photos, videos and more. It even has a Google Wave like feature of starting a conversation. As its integrated with your Gmail account all your friends you've already made contacts are present, so there is no need to setup anything, by default you follow all of them.

Turn your PC into a Server for Free

Have you ever had a thought cross your mind of turning your computer into a web server? If you had such a thought you can turn it into reality. Until now Web hosting was a service which was limited to a certain group of people who own high end and costly web servers. The problem with such web hosting is privacy, as all the files can be viewed/accessed by the server administrator. Of course you could still turn any computer into a web server with open source software like Apache but it is technically complicated and requires a good deal of knowledge for the same. Plus it posses a potential risk of data security and viruses as your PC is directly exposed to the internet. It definitely requires technical skills to maintain it.

But now all that is easier, thanks to Opera Unite a feature embedded in the Opera 10 Web browser which lets you do a lot more than just hosting a web server on your PC. It lets you share documents, music, photos, videos, or use it to run websites, chat rooms  and even lets you stream music without third-party requirements. Its a great deal and it may just start a new revolution across the world sooner or later.

Turbine light is the next step in street lighting


Street lighting is something which is important for drivers, but it is quite energy hungry as well. Its actually quit silly to use main stream energy  just for lighting the street/highways, so we had solar powered lights in place. Its proved to be quite successful, a lot of streets in the world do have solar lights but these lights fail to work when we have cloudy days and stuff like that. But technology is all about innovation and ideas; the US-based TAK Studio has come up with an ingenious concept of wind powered street lights,(that's old but wait) which will use the wind turbulence created from moving cars.
Sound cool isn't it!? 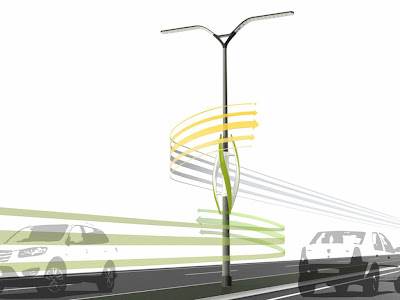 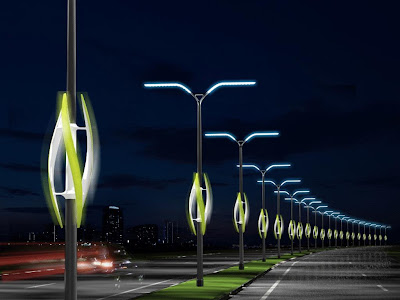 This is still a concept and is still under a lot of speculations as you might wonder and there are no solid details available yet. It will be featured at the Greener Gadget conference in New york City on the 25th of Feb. Probably a lot more details will be available then. If this gadget works well and is practically applicable it might just find a place on lots of highways across the world.

On a personal note; I'd say if we use a hybrid of solar and wind power it will probably be practically more applicable.

A lot more product which will be featured at Greener gadget conference, there is also a product by the name Go Mechanical charger made by an Indian a company by the name Elephant designs, its not as innovative but is a lot practical and is certainly pulling a lot of votes.  Visit  http://cea.mblast.com/ws/wfaward/rsp/vote2.asp to vote for your favorite.

If you think GM only makes cars you are wrong. GM and NASA have a long history of working together on various space projects since 1960s. Engineers from NASA and GM in collaboration with the help of Engineers from Oceaneering Space Systems are developing a highly advance Humanoid Robot by the name Robonaut 2 also called R2. It is much more advance than its older version Robonaut, it will be capable of working alongside humans in various environments ranging from space to industries. 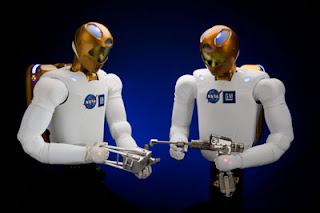 Read more »
Posted by Akib Pirzade at 9:03 PM No comments:

Greener Plastic could come from mud.

Plastic is the most versatile material know to mankind. Its like embedded in our day to day life. In reality we cant imagine the world with out plastic. But as we know its a big problem to the environment. Its not degradable, Its made from crude oil which one day is going to vanish.
Scientist  all across the world are working on alternate ways to generate plastic having the same properties but greener in nature. One such Scientist is Dr Takuzo Aida from the University of Tokyo. He and his team mixed a a few grams of a clay into 100gms of water and added a little quantity of an organic molecular glue and sodium polyacrylate (thickening agent). This thickening agent tears apart the clay into thin sheets thus increasing the surface area and allowing the glue to hold better. This mixture formed is almost water but has a self holding capacity. But its not strong enough.
The strength in this material comes from the forces acting between the clay nanosheet and the glue. Its actually held together by Supra-molecular forces, which are hydrogen bonds. It also has a self healing property.
Mr Aida says that the strength of the material can be increased by increasing the quantities of clay, sodium polyacrylate and glue.
Lets hope it gives way to cleaner biodegradable plastic.

Posted by Akib Pirzade at 1:09 AM No comments:

Ferrari Hybid to be unveiled at Geneva motor show 2010

Sports cars are the meanest automobiles but not the greenest, But that’s about to change. The hugely popular Italian sport car manufacturer, Ferrari is set to unveil a new Hybrid sports car for the first time at the Geneva Motor show in March.
There were report last year in June about Ferrari filing for a patent based on a new 4WD Hybrid propulsion technology at the European Patent office, at the time Ferrari confirmed about the hybrid technology and hinted a release within a year’s time. Seems like the time has come.
The car will be based on the popular Ferrari 599 GTB which debuted in the 2006. It will be a great step in sports car history.