India (DRDO) to Develop its Own Operating System for Security

The recent virus attacks that took place in Iran by a virus called Stuxnet which can enter crucial installations like nuclear plants and other installations has posed a great threat to countries and systems all across the world. It takes advantage from a security hole in the Windows operating System. Stuxnet is capability to reprogram the programmable logic controllers (PLCs) and hide the changes.This poses a grave threat to government and military installations. So it has become very important to create a secure operating system environment for such kind of installations. 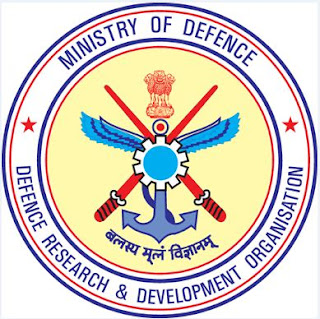 In a step towards it, The Indian Defence Research &amp; Development Organization (DRDO) which has about 50 laboratories specialized in developing technologies in a number of areas including aeronautics, electronics, combat vehicles, engineering systems,information systems, instrumentation, missiles, advanced computing and simulation, special materials, armaments, naval systems, life sciences, training and agriculture, is putting an effort to create a new Operating System (OS) focused on defence applications.

The DRDO has set up software development centers in Bangalore and in Delhi, to develop such an Operating System. A team of 50 software professionals in the Bangalore and Delhi software development centers have been assigned the job of creating and developing the OS environment.
Dr V K Saraswat, Scientific Adviser and the  Director General of DRDO and Secretary, Defence R & D
said

"We have to protect it (data)," Saraswat said, adding, "Only way to protect it is to have a home-grown system, the complete architecture source code is with you and then nobody knows what's that."

Details as to when the operating system will be developed and when it will be put to use have not been disclosed.  But it has been assured that a modified version of the OS will be made available for civilian use so that people and industries can benefit from the defense grade technology.

Although this sounds good that India is taking a step towards making IT environment secure by developing an OS, But making an OS from scratch is a hell lot of a difficult job. It requires a big team of professional. There are chances that this OS will be based on linux kernel but we don't know about it as no information has been disclosed.
Another problem will be software. If this is a complete new OS India will also have to develop special software to run on that OS. It is quite early to talk about this as we don't have any technical information about it at this stage.
If India is successful in creating this more secure OS this will be a great leap in IT for India and also the rest of the world.

Source
Posted by Akib Pirzade at 9:34 AM