After being announced back in June this year, The Nokia N9 has finally made to stores across the world. This phone from Nokia seems be a really good smartphone from Nokia after a long time. The main reason that makes a smartphone a worth appreciating  is the design and the OS that runs on it. Nokia has finally took a big step in the smartphone market by supporting the Meego OS. The N9 runs on MeeGo OS, v1.2 Harmattan. 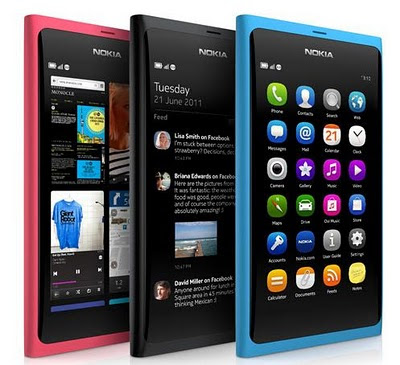 The interface of the phone seems totally amazing, Nokia call's it the swipe which seems to be quite addictive.
Other interesting feature is the NFC (Near field communication) which makes it possible for 'single-tap' pairing with NFC-enabled accessories such as the Nokia Play 360 wireless speaker and sharing of content through NFC technology. No need for any hassle, just bring both the NFC enabled devices in contact with each other.

Here is a video which will help you understand what the people involved in the development process of The Nokia N9 are tying to deliver.

Source
Posted by Akib Pirzade at 12:04 AM