What if charging your smartphone battery from empty to full just takes 30-40 seconds of your life. That would be such an awesome thing right?
An Israel based company by the name StoreDot demonstrated a new battery technology that could revolutionize the entire portable electronics and electric vehicle technology for the better at the Microsoft’s Think Next symposium in Tel Aviv on 7th April. 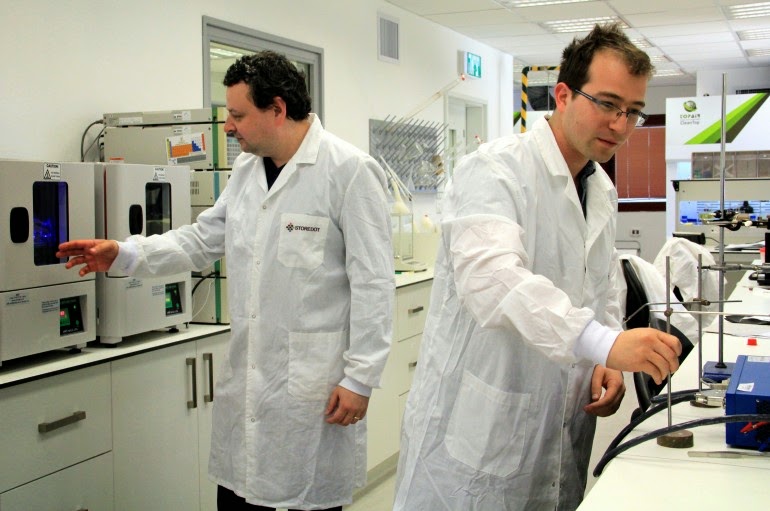 The new battery technology utilizes electrodes made with new materials and are called MFE- Multi Function Electrode. The electrode basically acts as a super-capacitor on one side (with very fast charging), and on the other is like a lithium electrode (with slow discharge). The electrolyte is modified with what are called Nanodots in order to make the multifunction electrode more effective.

Now Nanodots are nano-crystals of a uniform size, 2 nanometres in diameter and consist of bio-organic peptide molecules. They possess multi-functional intrinsic properties such as: unique fluorescence within the visible region; electrochemical, charge trapping, piezoelectric, non-linear optical and others. Fast charging batteries are just one part of the Nanodot technology. There can be a huge array of application for this technology. The best part overall of this is that the technology is organically synthesized. Other nanodot and quantum-dot technologies currently in use are heavy metal based, like cadmium and therefore toxic. StoreDot nanodots are bio compatible and superior to all previous discoveries in this field.

That being said, this technology is still in a prototype stage and is not yet ready for commercial use. The battery/charger shown in the demonstration video look like a brick on the back of the Samsung Galaxy S4.
But surely being optimistic, this technology should be on shelves after 2016. That's what the company claims.The price however would probably be twice as much as the current battery technology, which doesn't seem to be a big deal considering what you get.