Alternative sources of energy is one of the hottest topic theses days. Wind energy is not being utilized to its full potential due to the lack of technology available in the field. The design of the wind turbine has been almost the same since historic times.
But a company by the name FloDesign based in Wilbraham, MA, USA. has come with a highly efficient wind turbine design. Traditional wind turbines are huge and require a lot of space and infrastructure for installation and transport. They have to be installed in remote areas away from people cause of safety concerns. They require huge and heavy gearboxes which require maintenance, Plus they are fragile and cannot bare high speed winds.They can only extract 50% of winds potential energy. 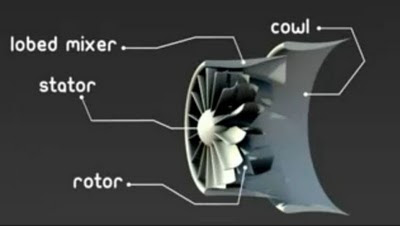 When it comes to the new Flodesign concept, most of the problems are sorted the design is based on the concept of Jet engines. It is small and can be easily transported and assembled anywhere.

The design basically has 4 basic structures a stator, rotor, lobe mixer and cowl Faster air is deflected in through the lobed mixer into the cowl, where it meets with slower air from the rotor, this creates a mixed vortex (turbulent, flow of fluid) and this works like a draft of air pulling in more air. Its pretty impressive. As a result it can work even at lower air speed and even on very high air speeds unlike the traditional turbine.

This technology will definitely help the adoption of wind as alternative source of energy.

Flo design recently announced that it hired a new CEO Mr. Lars A. Andersen  and closed at  $34.5 million Series B financing round in December, 2009. So we can see that the company is doing well.