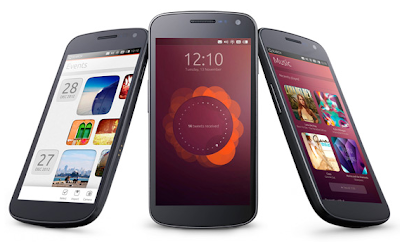 The Ubuntu for mobile has a new refreshing concept for the interface, although its quite comparable to that of Windows Phone 8. There are no persistent back, menu, or home buttons at the bottom. Instead, you navigate by swiping on the edges of the display. The Interface is extremely customizable, the concept is, the interface should be your reflection.

Hardware:
Although there is no smartphone out yet, Canonical founder Mark Shuttleworth plans on partnering with smartphone manufacturers for Ubuntu Mobile. He thinks Ubuntu's security attract will attract enterprise customers, and its lean attractive UI will attract consumers.
Although here is a table that might give you some idea about the hardware.


Availability:
Well there is no specific phone that has been announced. Canonical still needs to talk to hardware manufacturers. Canonical is hoping for OEM hardware in early 2014. Although  In the coming weeks, Galaxy Nexus owners will be able to download a compatible build of Ubuntu Mobile. Also chances are development community will embrace Ubuntu, creating flashable ROMs for many rooted Android phones. What that means is people will be able to install the Ubuntu Mobile OS on compatible Smartphone devices. 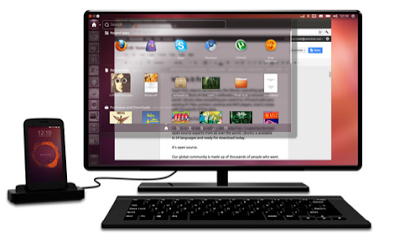 Check out this keynote video

Source
Posted by Akib Pirzade at 12:06 AM