Its seems like Google is going crazy over everything, trying to jump in and be the master of everything. This time it is in the form of a TV platform named Google TV. Google in association with hardware Giants Intel and Sony are currently working on an Android based TV platform. The platform will be based on a set top box and even actual TV sets (GTV). 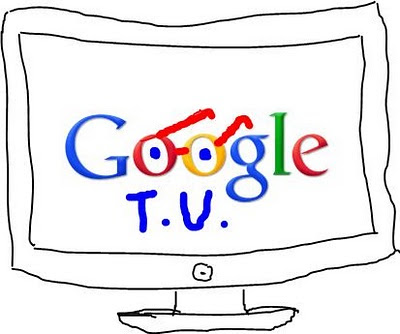 The set top box will feature the popular Open source Google smart phone operating system The Android and Intel Atom processor. The set top box will allow its users to access internet, popular social networking websites and also Youtube and Hulu plus Google Search and a ton of custom applications straight from the TV. Google will develop application for it and keep it open for third party developers to make it more dynamic and worth.

Although it may seem to be a new concept it has been tried in the past and has failed in the 90s. Giants like Microsoft and Apple have been trying to work on such a platform for a long time but have failed. A Google TV prototype has already been made. There are rumors that Logitech is also in the team and will develop remote control/keyboard and other peripheral equipment for the system.
Seems like Google, like always is trying to blow life into an old and dead idea ,lets see if Google and its associates come out successful. This will open a new door for Google in the Advertising industry. It seems like we are just seeing the beginning of the new Google era ? Creepy!!