Microsoft in its latest press release announced the official release of the awaited Microsoft Office for Mac 2011. It is scheduled to hit the shelf by the end of October 2010 later this year. Microsoft office suite will be available internationally in more than 100 countries.
It will be available in two version, Mac Home and Student 2011 and Office for Mac Home and Business 2011. In addition starting 1st August 2010, All customers who purchase Office 2008 for Mac will be given free upgrade to Office 2011 at no additional cost through the Microsoft Office for Mac Technology Guarantee Program.
The office suite will be available in 13 languages which include German, Italian, Japanese, Norwegian, Spanish and Swedish two new languages Polish and Russian have also been added. More languages will be announced in October. 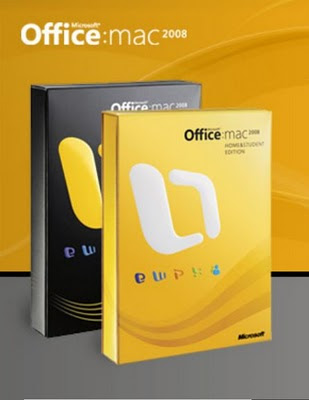 Microsoft Office for Mac Home and Student 2011 which includes the PowerPoint for Mac, Excel for Mac and Messenger for Mac and of course Word for mac and will be priced at  $119 for a single user version and the family pack or three user version will cost $149

The Microsoft Office for Mac Home and Business 2011 includes PowerPoint for Mac, Excel for Mac and Messenger for Mac, word for mac and an addition of Outlook for mac. It will cost $199 for single user version and $249 for multi user which will allow it to be installed on 2 mac machines.

Microsoft Office for Mac Academic 2011 targeted at universities and educational purpose use, will feature almost the same features as Mac Home and Business although it will be available at a special price of $99 and will only be available at authorized academic stores and Microsoft only.

Please note that if you wish to buy office 2008 now and get upgraded for free you  should register yourself for the Mac Technology Guarantee Program online at  http://www.microsoft.com/mac/products/Office2008/office-2011-upgrade.mspx submit their product keys and dated sales receipt for Office 2008 for Mac by Dec. 31, 2010.

To know more about features of Office 2011 visit
http://www.microsoft.com/mac/office2011features/office2011.mspx