Solar cells also known as photo voltaic cells have been around for a long time, despite being used on space station programs and satellites to produce energy they never found a substantial application for energy production for our daily life. The major reason is that the energy output from solar cells is very low.

Solar energy actually has two forms of energy light and heat. Solar cells only utilize the light energy leaving a major past of heat energy unused.


No one could figure out how to tap both forms of energy until now. In fact with the current available photovoltaic technology used,  heat actually reduced the efficiency of a solar cell. But now Engineering from Stanford have figured it out! Both light and heat of the sun can be utilized to generate electricity which could make solar power production more than twice as efficient as existing methods and potentially cheap enough to compete with oil. 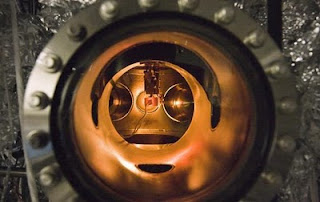 
How It works
Current available solar cell use silicon as a semiconductor material. It converts the photon of light that hit it into electricity. It only uses visible light to generate electricity while the invisible rays (infrared) which carry the heat is wasted. This results into very low efficiencies and with rise in temperature it get worse. 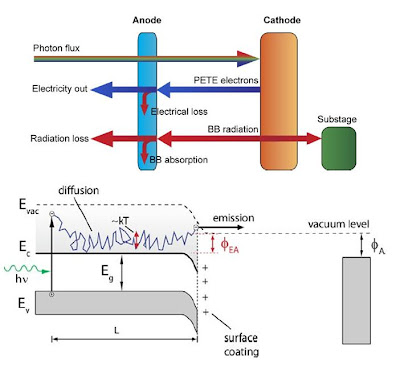 However PETE(photon enhanced thermionic emission) works in a different way it is made from gallium nitride semiconductor in the "proof of concept" tests. Which lets it use both light and heat energy the efficiency achieved is thus almost 10% more than existing solar systems. But this is only like a prototype. Professor Nick Melosh said that if the right kind of material- most likely a semiconductor such as gallium arsenide (used in most of house hold electronics) is used its efficiency could go upto 50-60% which is quite amazing.

Another advantage is that the team would design it in such a way that it can be bolted on exiting solar storage and management systems which makes it a cost effective upgrade.
Another advantage of the PETE system is that it can be used in solar concentrators which can significantly bring costs down.
The whole idea behind this project is to make solar energy compete with petroleum in terms of price.
We can only hope that this technology comes to real world applications and not just stays in prototype stages, a lot of solar solutions in the past have done poorly.