Understanding nature has always been one of the inspirations for development of Robots and automated technology. When it comes to legged robots, developers are always in the process to make Robots move as elegantly as animals to unravel the secret of nature, when it comes to movements in animals. Biologists and engineers at the Bielefeld Center of Excellence 'Cognitive Interaction Technology' (CITEC) are just trying to do that. They developed the hexapod walking robot 'HECTOR' for this purpose. 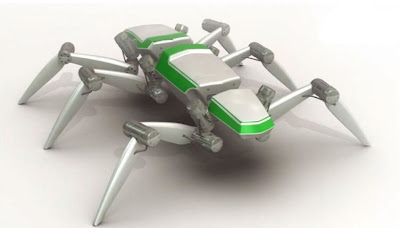 The word Hector stands for 'hexapod cognitive autonomously operating robot'. The main intention of the robot is to implement the properties of its biological models better than ever before. Basically Hector is a meter long insect whose control program is based on the distributed intelligence principle found in insect brains. Hector is not just any ordinary robot, its said to be built with 'state of the art components' specially designed and fabricated  for the purpose.

What is it all about?
HECTOR possesses the scaled-up morphology of a stick insect. Similar to an insect, its exoskeleton is made of extremely light and strong material making up only 13% of its total weight of 12 kg [26 lbs]). Its shell is completely made out of carbon-fiber reinforced plastic developed and optimized in cooperation with the Leibniz Institute of Polymer Research Dresden. 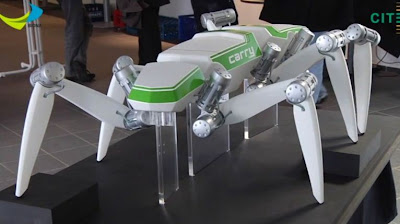 The robot uses a new type of insect biology inspired, elastic joint drives for the 18 joints of its 6 legs and 2 drives for body segment movement. Both types of drives have been developed within the research group 'Mechatronics of Biomimetic Actuators' at Bielefeld University. HECTOR is aimed to serve as a test bench for advanced concepts in autonomous walking which also include planning ahead capabilities.

Source
Posted by Akib Pirzade at 8:39 AM