The Smart Phone and Tablet market is getting hotter and better by the month with new manufacturers coming up with some amazing devices. Consumer electronics giant Sony finally announces to steps into the tablet scene with its two tablet devices code named S1 And S2. The news was announced in a Sony press event in Tokyo a day ago. 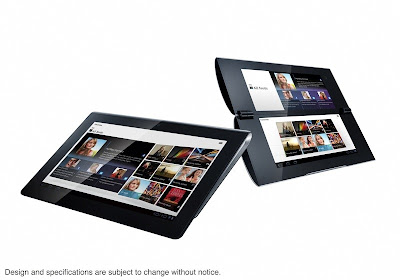 What the Sony S1 holds? 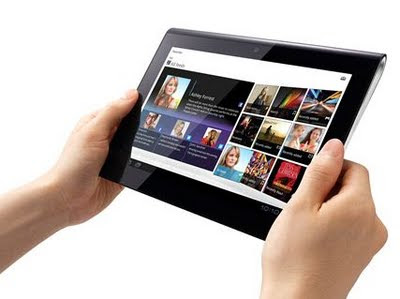 The S1 has 9.4-inch display. Sony focuses on the word 'optimally designed'. Sony says the tablet is designed with a good center of gravity which gives it stability and ease of grip as well as a sense of stability and lightness, offering comfortable use for hours. Its looks   like a magazine folded at its seam. The S1 runs on a Tegra 2 SoC processor and a customized  "Quick and Smooth" touch panel UI with 'Swift' web browser. Whats more interesting is the fact that it has a infrared sensor and it can be used as a remote control for the other Sony appliances in your home. It also features two cameras one in the front and other in the rear.
It also got DLNA functionality so users can pump personal content to a large screen televisions or music to wireless speakers over Wifi. No more details about specification have been made available.

What the Sony S2 holds? 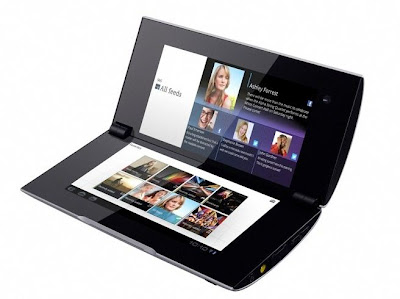 The Sony S2 is a Dual screen clam-shell tablet, its a different tablet concept then the ones we have in the market. It has two 5.5-inch displays that can be folded for easy portability. Its becomes small enough to be kept in the inside jacket pocket. Looks somewhat like a Goggle case when folded. The S2 doesn't feature the infrared sensor like the S1, but The dual screens can be used for different functions as users can watch a video on one screen and input commands on the other, check email on one screen and use the other as a soft keyboard.

Both Tablets run on he Google Android 3.0 (Honeycomb) OS. They Both also feature WiFi and WAN (3G/4G). There are no official words on Availability and pricing, but there are rumors that its  expected to be priced at around $699 which seems pretty high.