Power electronics companies are absolutely in love with silicon. Silicon based power electronic components are pretty cheap to manufacture and also have a good life cycle, however they have a fair amount of problems too. They are bulky, run hot and a lot of energy is lost to keeping them cool thus making them less energy efficient. The world wants electronic to be smaller faster and more energy efficient.Well if you don't know what is power electronics in short these are devices that convert high voltages to lower voltages, convert AC supply to DC. Basically devices like battery chargers, power supply units in computer and inverters. Just look at the size of your laptop charger its like a brick.


What if we have the chargers so small that it can be build right into the device? Thats what a startup named 'Transphorm' is trying to do. The startup is backed by $38 million in venture capital from Kleiner Perkins, Google Ventures, Foundation Capital, and Lux Capital. A team has been working on the project for the last 4 years in secret. The material used for development is Gallium Nitride (GaN) another semi-conducing material which has better properties than silicon. Gallium Nitride is not a very new material for electronics its been know about since decades but the challenge has been to produce high quality material, thats what CEO and founder Umesh Mishra says.


Whats the Benefit of GaN and How it works?
Its estimated that on an average "More than 10% of all electricity is ultimately lost due to conversion inefficiencies. The scale of this loss exceeds the world's entire supply of renewable generation by an order of magnitude", as quoted on the companies website. 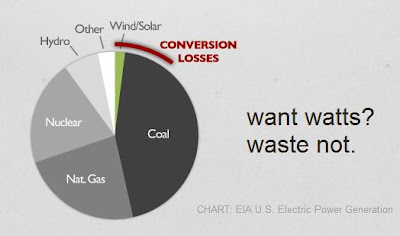 Mostly power electronics components covert AC to DC and vice versa they do it by rapidly switching circuits, with GaN its possible to achieve higher frequencies. This coupled with a good circuit design can do a lot better than existing technologies and thats what Transphorm aims for.
All it means is more energy efficient circuits that could save so much power in data centers, electric cars, everyday consumer electronics and solar energy systems.

Source
Posted by Akib Pirzade at 2:39 AM