How to avoid using the new Photo Viewer on Facebook.

This week Facebook rolled out its new photo viewer application/interface and since then there are a lot of negative comments I have come across from users about it. I personally feel its quite an improvement from the previous viewer which for me was a bit slow and the view window was kinda small. Overall I like the new photo viewer also called "theater". It pops out, lets me focus more on the details of the photos than on the surrounding because of the dark background, I can resume viewing updates from where I left just by hitting the close button on the top right. In fact Facebook now stores the photos you upload in a much higher quality compared to the older times. They have increased the size of the photos stored from 720 pixels to 2048 pixels which is high quality. I don't really understand why people these days always complain about anything new on Facebook. 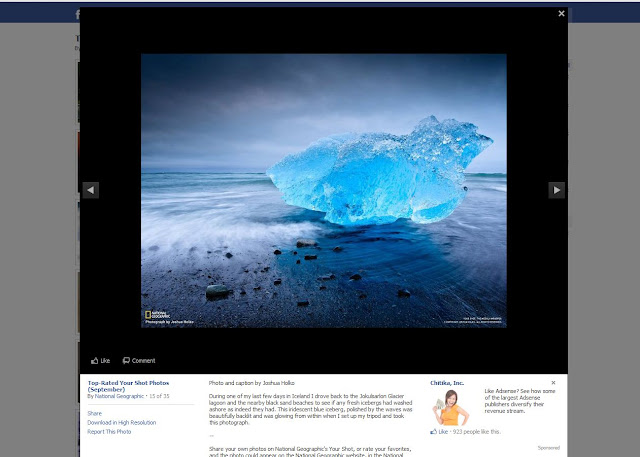 Anyways, for the people who really dislike the new photo viewer interface, I found 2 little trick you can use to stick to the same ol same photo viewer.

First method
You don't need to be very smart to do this, whenever you click on any photo on Facebook it will open by default in the theater view. Once the photo loads all you have to do is hit the F5 key (refresh) and you will land to the old photo viewer interface. This has already become quite popular.

Second Method
This is the one I discovered, its not a big deal either. Once you have a photo open in the theater view look at the URL box on top, you will find the URL ending with " &theater ". Just select the whole thing hit the Del key or Backspace key and hit Enter. You will land to the old viewer. The benefit is that if you share the URL without the &theater, whenever someone clicks on that link it will load with the old interface.