DreamPlug: A PC that looks like a battery charger

Many a times you need a computer just for basic rudimentary computing tasks in places with limited power and space, why use a computer which consumes a whole lot of power while you can just do the same task with a PC which uses only a small amount of power and hardly takes up any space? The solution to the problem is being answered by the ultra small PCs which have been coming up in the market in recent times called plug computers. One recent device that has come up is "DreamPlug" from Globalscale Technologies, which fits into a power plug, no power cord needed. 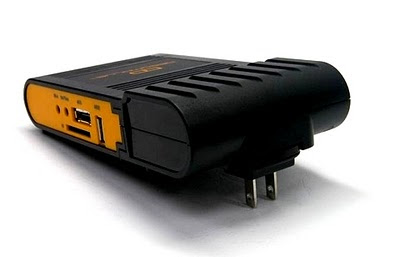 The Dimensions of the device are fairly small 108mm (L) x 58mm (W) x 24 mm (H). The Device runs on a Marvell Sheeva Core Embedded CPU 1.2 GHz CPU, Features 512MB of DDR2 800Mhz of RAM, 1 GB on board micros-SD for kernal and root file system. Its got a whole lot of connectivity option which include 2 x Gigabit Ethernet 10/100/1000 Mbps,2 x USB 2.0 ports (Host),1 x eSATA 2.0 port-3Gbps SATAII,WiFi, Bluetooth, It also has an SD card expansion slot for additional memory and also a whole lot of audio options.
Now the only drawback of this device is that it has no on-board graphics so everytime you need to visually acesss the device you will need a USB to VGA adapter.

The Power Draw of the device is claimed to be 5W which makes it fit with the Trim Slice PC. The Major difference here is that DreamPlug and other plug computers are not intended to be used as something for personal use. Its more intended to be used like a home media server, surveillance system or some industrial application where a computer need to run 24x7 to perform specific tasks. The advantage here is that these devices are open source and run on Linux distros you can program a plug computer to do a specific task and sell it for profit with your name on it. So its pretty cool!


The applications are endless the future looks pretty bright for plug computer devices and with so less power draw its totally green.

Getting back to the topic DreamPlug Development kit is available for $150 in the US and will be available in Europe later in March pre-order is available. 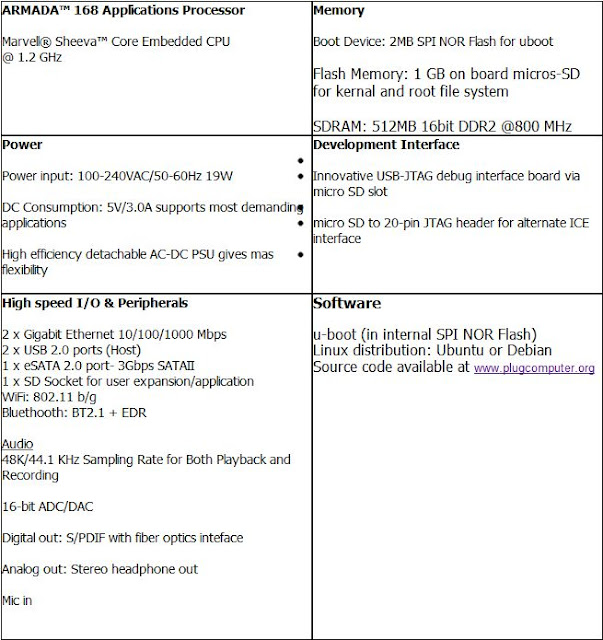