Motorola and Verizon unveil the Motorola XOOM tablet at CES 2011

LAS VEGAS is Buzzing with CES 2011 and we are seeing unveiling of a ton of new devices, one of them is the Motorola XOOM tablet which was unveiled yesterday. The Motorola XOOM tablet is the first ever Android Tablet to run on the New Android 3.0 (Honeycomb OS) Operating system. The new OS is said to be specifically designed for new generation of tablet devices. The new Honeycomb OS  improves user experience on Android favorites such as widgets, multi-tasking, browsing, notifications and customization and features the latest Google Mobile innovations. 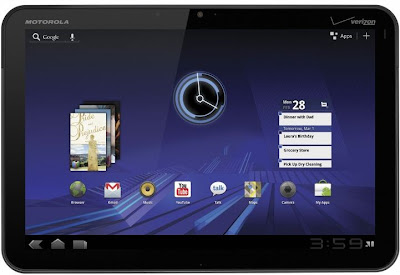 The Motorola XOOM tablet has a really sleek form factor, its dimensions are 249.1mm (h) x 167.8mm (w) x 12.9mm (d). Motorola XOOM is said to be a device which  redefines what a tablet experience can be. Motorola XOOM comes with support for Adobe Flash Player 10.1, allowing you to browse the web with full access to Flash sites, videos and games. Motorola XOOM has a 10.1” HD wide screen display with a resolution of 1280x800 , enabling HD video content that’s richer and clearer than ever before. Whats more is the fact that at it core it has the new top of the line NVIDIA Tegra 2, 1GHz dual-core processor which makes the device work like a breeze. Its a pure multitasker. 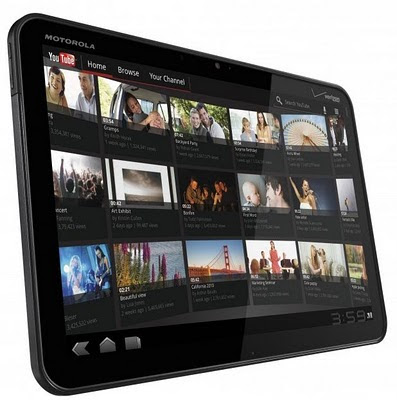 Now most people don't invest into a tablet for the simple fact that the market is quite unstable and there are no wireless standards yet but Motorola XOOM tires to beat that, its uniquely equipped to support an always evolving tablet experience. Its Offering 3G wireless access that can be upgraded to super-fast 4G LTE. Motorola XOOM claims to delivers performance that’s twice as fast at web browsing as the leading competitor on the market today. It is Thin, light and powerful, it’s easy to hold, easy on the eyes and goes anywhere with a wide variety of connectivity choices and performance to support the latest features, software and functions as soon as they’re released. Another Unique feature is the dock options which allow HD content streaming to TV and easy connection to PC accessories like mouse and keyboard devices.
The device is also a fully functioning 720p HD camcorder it has a 5MP rear facing camera to catch all the action anytime. You can view and edit your photos and video immediately, then display them on the 10.1” HD screen or on any HDTV with HDMI connectivity You absolutely dont need a computer you can  post your creations straight to YouTube, Picasa, and Facebook or engage with friends and family or clients through Motorola XOOM’s front-facing 2 mega pixel camera designed for video calling. The XOOM will feature Google Maps 5.0, have access to the latest Google's eBook market, as well all the various apps housed in the Android Market. 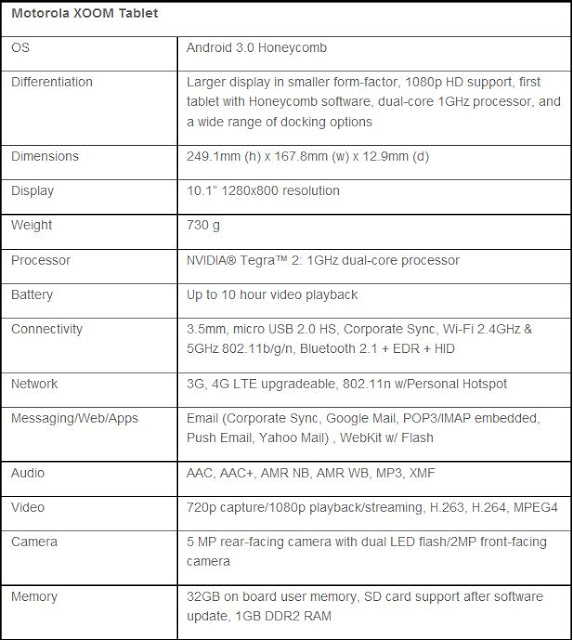 The Motorola XOOM is a great tablet mainly because of the new software on it. It is expected to be launched in March this year.