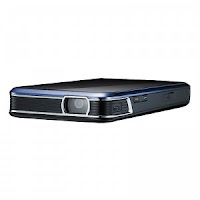 Smart phones got it all, High resolution cameras, GPS navigation, High speed Internet, touch screens almost everything that could be crammed in.
Leading Smart phone manufacturer Samsung  recently announced the official  release date of the world's first smart phone which features a projector!, yeah a projector which actually projects on a surface. Its name Samsung Galaxy Beam (Model: GT-I8520). Samsung first unveiled this smart phone at the Mobile world congress earlier this year in February under the name Halo. 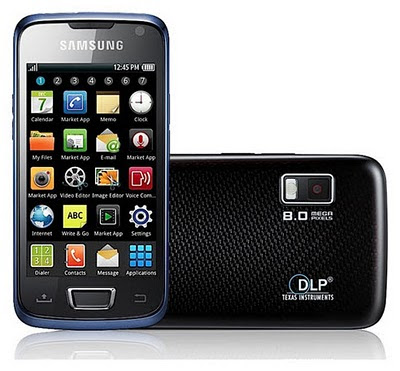 The Phone no doubt is an Android Device, what makes it World's first is the Pico Projector  from Texas Instruments with DLP technology (Digital Light Processing). The Projector is an icing on the cake as the phone has some really power packed specifications. The phone features a 1 GHz processor (not confirmed) the Android 2.1(Eclair) so you have access to the huge and growing Android Market applications database,  Bright 3.7 inch  WVGA Super AMOLED  touch screen, 8.0 mega-pixel Camera with Auto focus and flash plus a VGA camera in the front.

Now the projector has an entertainment value, It can project a screen size of 5 to 50 inches which could turn the device into a portable home theater, let you view photos with friends and family it can also be used for business , just pull it out of  the pocket and turn it into a projector to show a presentation to clients. So its like a complete package for personal and business life.
The Phone will be officially available only in Singapore from 17 July at all StarHub Shops. Launch in other countries should soon follow. 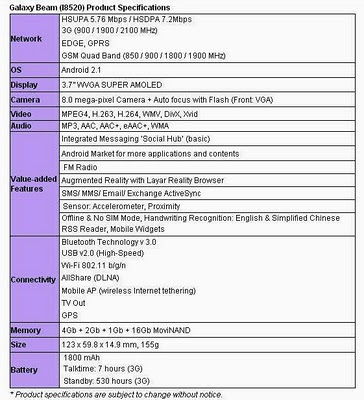