Self cleaning roads which clean the air too

Pollution is a serious problem all across the world, wouldn't it be great if the streets clean themselves and also the air around them. A new kind of concrete mixture researched by the University of Eindhoven in the Netherlands  has shown some significant figures resulting in decrease in the concentration of nitrogen oxides (NOx) by 25 to 45% , NOx is what results in acid rain which is very dangerous for the fertility of soil and human skin.


Mr Jos Brouwers a professor of building materials at the Eindhoven University of Technology reveled this in his inaugural speech, he sees numerous potential applications for this technology. The concrete stones used in the tests are made by paving stone manufacturer Struyk Verwo Infra, and are already available for real world applications.

How it works
Now these stones contains titanium dioxide, it is a photocatalytic material which helps convert the NOx in the air into harmless nitrates which are washed away during the rains. These stones also break down algae and dirt, so that they always stay clean. Now details about how that works were not revealed. After a little research, I found out that Titanium dioxide has been earlier used as glass coating which exhibits self cleaning properties. It was discovered in the early 90s by Akira Fujishima. The glass cleans itself in two stages. The "photocatalytic" stage of this process breaks down the organic dirt on the glass using ultraviolet  light from the sun and makes the glass hydrophilic (water liking) (normally glass is hydrophobic (water hating)). Now after this stage rains water cleans up the glass surface leaving no streaks or stains. 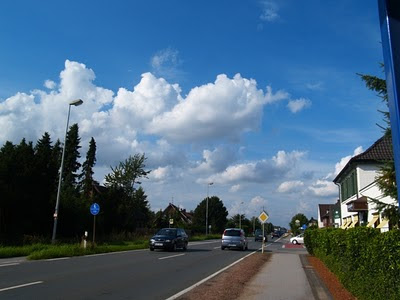 Something similar must be applicable in the self cleaning roads as well as they contain the same titanium dioxide. Now this technology has a wider application it can be used in building as well which would keep themselves clean and purifies the air too. The only problem now remains is that it costs 50%  more than normal concrete stones,  but researcher say the total road-building costs are only 10% higher than normal. Sounds like a great deal.